Free Delivery For All Orders Over £10 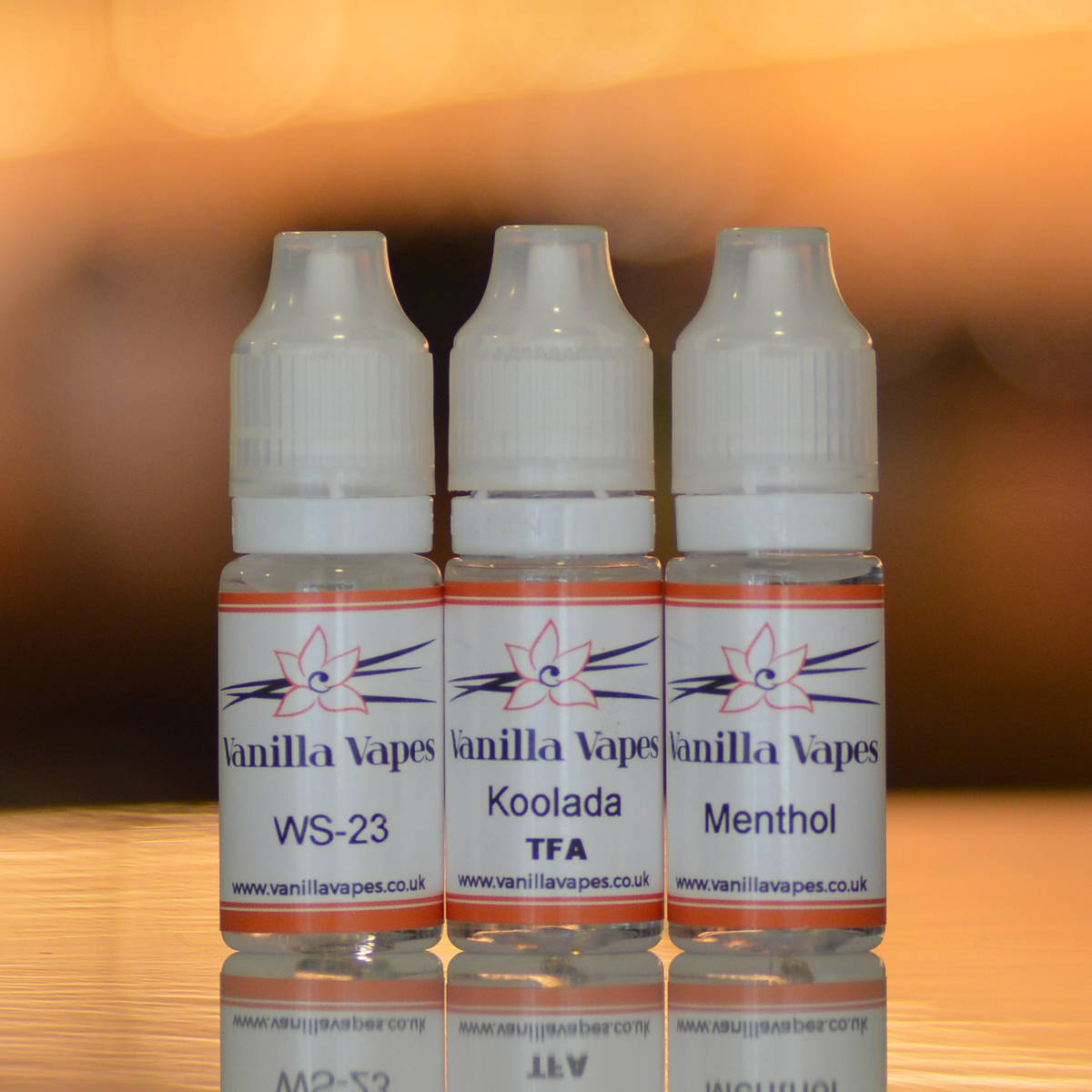 Entering into the world of DIY mixing can seem daunting at first, but with a few tips, it'll start to make more sense. If you're trying your first few mixes, one shot concentrates can be a good idea. To find out more, click here.

In this blog, we'll cover the different types of cooling additives so that you can decide which will work best in your mix.

There are a number of different ingredients which can be used to create a cooling effect in your e-liquid mixes. We'll cover the different options and how they feel when you vape them.

Menthol
Menthol is the main type of cooling that people think of when they start mixing e-liquid. It has a minty taste and feels a little bit cold on the inhale and exhale, but not too dramatic. If you're making a standalone menthol flavour, we recommend trying our menthol concentrate at 8% and adjusting to taste from there. If you wanted to add a cool, minty flavour to a recipe such as a fruit recipe, we'd suggest starting at 0.5% then adjusting to taste.

Koolada 10% Solution / WS-3
Koolada differs to menthol in that it doesn't have a taste, it's just cold. The cold feeling of Koolada is felt at the back of the throat rather than in the mouth. Some people report getting a slight chemical flavour, but most people don't. It can slightly mute the flavour in a mix, especially if used at higher percentages. Therefore, we recommend using it when you'd like to give a hint of cooling rather than a blast of ice so it can be used at lower percentages. Generally 0.5% is a good place to start, however we generally wouldn't go much above 1 or 1.5%.

WS-23 30% Solution
WS-23 is more similar to Koolada than menthol. It has no taste and creates a cold feeling both in the back of the throat and in the mouth. When comparing WS-23 to Koolada, it causes less muting of flavours and can be used effectively to turn fruits into frozen versions. We've found when mixing up a recipe with WS-23, it takes a couple of days to dial back the cooling effects. To begin with it is a noticeable amount colder than it will be after a week. As a guide, 0.5% of WS-23 in a mix will give a hint of cold, whereas 2% will give a Malaysian-style ice effect.

Can I combine cooling effects in my mixing?

The short answer is yes! By combining menthol with either Koolada or WS-23, you'll get the menthol taste with the cooling effects. As a general guide, we like the combination of either one of the below

This is a good place to start, and then the cooling can be adjusted to taste from there.